I just came out of a meeting today (as I write) with a local company who requested we do a live video stream of their new building. They were actually given a building and are literally moving it to another location and want the event live streamed. Live video is really moving fast. We at Chameleon especially love using our drones to capture live feeds. History shows it may just be about time that LinkedIn gets in on the live stream action.

The first to get into the realm of mobile live streaming was Periscope and Meerkat. Facebook Live launched in August 2015 but it was restricted to elite high-profile users. Eventually by April 2016, everyone was able to go live on Facebook.

YouTube was on live streaming as early as 2011. Google reported that “one-sixth of the Internet” watched Felix Baumgartner in outer space on YouTube in 2012. In February 2017 every YouTube user had the ability to live stream.

Initially this will be a U.S. beta offering by invitation only. If you are chomping at the bit to use LinkedIn Live, the company is reported to be offering a form on their site within the next few weeks. 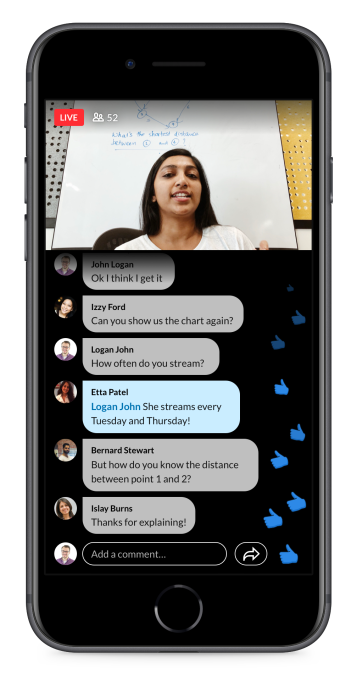 “It’s not clear when and if LinkedIn will make it possible for everyone to create LinkedIn Live videos, but if you consider how it developed its publishing features for written work, that will come later, too. Initial live content that LinkedIn hopes to broadcast lines up with the kind of subject matter you might already see in LinkedIn’s news feed: the plan is to cover conferences, product announcements, Q&As and other events led by influencers and mentors, office hours from a big tech company, earnings calls, graduation and awards ceremonies and more.”

TechCrunch also reported that LinkedIn has already had video for about 17 months. However, director of product management Pete Davies said that a live option was the “most requested feature.” Knowing this, it will not be surprising to see LinkedIn leverage video feeds to increase revenue. According to its owner Microsoft, in their Earnings Release FY19 Q2, in the last quarter of 2018 “LinkedIn revenue increased 29% (up 30% in constant currency) with record levels of engagement highlighted by LinkedIn sessions growth of 30%”

For years it has become quite obvious that video continues to be on the uptick. LinkedIn reports that video content is doing well and is the fastest growing format on the social media platform along with original content. Start getting ideas content creators!

ROAS vs ROI: What Measurement is Best for Ads?